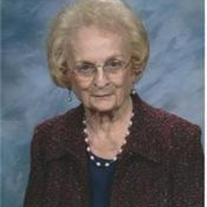 Viola A. Eberly, 96, of David City, passed away on November 9, 2013 at David Place in David City. A “Celebration of Her Life” will be held at 10:30am Friday, November 15, 2013 at the St. Lukes United Methodist Church in David City with Pastor Mark Schutt officiating. Memorials to: St. Lukes United Methodist Church; the VFW or Eastern Star Organizations. Vi Eberly was born August 19, 1917 in Dwight, NE to Anna Stransky Horacek and Anton Horacek. She grew up in Dwight and graduated from Dwight High School. At age 17 she moved to David City with her family. She worked in David City at the Dime Store, Loran Jordan’s drug store, and JC Penneys to earn money to go to Lincoln School of Commerce. After graduation she worked for the WPA for four years. She Married Richard E. Eberly on March 21, 1942. While Dick was away during the war, Vi worked for the FBI in Washington DC. Their first son, John Anthony, (Jack) was born in 1945. Soon after they moved to Long Beach California where Dick was employed at the Bank of America. They moved back to David City so Dick could work with his dad in the tax business and Seed House. In 1948 , their daughter Jean Louise was born, followed by James Richard in 1954. While in David City Vi was an active member of the United Methodist Church, a 60 year member of Eastern Star, Jobs Daughter Guardian, American Legion Auxiliary, VFW Auxiliary, Owls Club, Womens Club Extension Club and others. After retirement Dick and Vi spent 20 years in Sun City Arizona. Dick passed away there in 1990. Vi returned to David City in 2004 and lived independently until March of 2013. She spent her last 10 months in David Place Nursing Home. She is survived by her three children and daughter’s-in-law Gayle Eberly and Terri Eberly and son –in-law Lanny Icenogle. Grandchildren; Heidi (Steve McNally), LJ ( Rebecca Eberly) all of Norfolk; Cassie Icenogle of Olympia, Wa; Jessi ( Jeremy) Sawicki of Billings, Montana; Grant and Lance Eberly of Omaha and Anna Eberly of Lincoln; 11 great grandchildren and sisters-in-law Marjory Horacek Welch and Doris Eberly Stead. She was preceded in death by her husband Dick, her parents, her brothers, Norman (Denby) Horacek, , Irvin (Skinny) Horacek, and Roy (Buddy) Horacek; and her sister, Darlene(Dolly) Goettling.

Viola A. Eberly, 96, of David City, passed away on November 9, 2013 at David Place in David City. A “Celebration of Her Life” will be held at 10:30am Friday, November 15, 2013 at the St. Lukes United Methodist Church in David City with... View Obituary & Service Information

The family of Viola Eberly created this Life Tributes page to make it easy to share your memories.

Send flowers to the Eberly family.