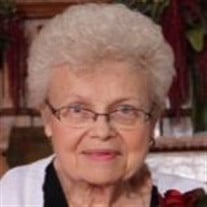 Sandra, K. Otto, 71, of Ulysses, died Friday, January 9, 2015. Memorials: In Care of the Family Sandra K. Otto was born on August 30, 1943 at David City, Nebraska to Jonas J. and Elnora M. (Ostermeier) Schroeder. She attended Immanuel Lutheran School and David City Public Schools and graduated from David City High School in 1961. She moved to Lincoln where she worked as a secretary for the Department of Roads, until her marriage to Gary L. Otto on January 24, 1976 at Christ Lutheran Church in Lincoln. Sandra moved to the farm with her new husband where she became a farm wife and mother to three children. She was a member of Immanuel Lutheran Church and was active in the Ladies Aid, church & community choirs, and Adult Bible Class. She was also a long time member of the Surprise School Board and the Ulysses Neighbors Extension Club. She enjoyed sewing, singing, gardening, doing bookwork, raising her large flower garden, listening to classic country music, baking heart-shaped birthday cakes with a surprise middle frosting and attending her grandkids school and social events. She had a pride for being on the family farm and cherished her friendships of neighbors throughout Butler County and beyond. Popcorn, Ice Cream and chocolate were three of her favorite treats. Sandra is survived by her son Matthew (April) Otto of Ceresco, Daughters: Tamra (Joe) Mick of Lincoln, and Heidi (Kyle) Peeples of Beaufort, SC, one brother: Alan (Sandy) Schroeder of Gilbert, AZ and a sister-in-law: Barbara Schroeder of Chandler, AZ. 5 Grandchildren: Andrew, Reid, Alexa Otto, Carter and Tyler Mick, and step-mother, Edna Schroeder of Seward. She was preceded in death by her parents, her husband Gary in 2010, and two brothers: Lee Schroeder and an infant baby brother

The family of Sandra K Otto created this Life Tributes page to make it easy to share your memories.

Send flowers to the Otto family.