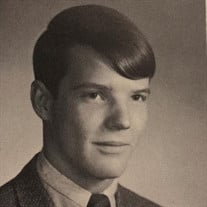 Michael P. Schlentz, 70, of Plymouth, MN passed away at Mission Nursing Home in Plymouth, MN. Mike’s wishes were to be cremated. The Family asked that all memorial tributes be directed In Care of the Family. A Memorial Funeral Mass will be held on Wednesday, September 29 at 10:00am at St. Mary's Catholic Church for both Michael and his twin brother, Patrick Schlentz. Burial of ashes will be held immediately following the Mass. There will not be a luncheon after the services. Michael P. Schlentz and his twin brother, Patrick P. Schlentz were born on June 24, 1950 to Philip & Dorothy (Moran) Schlentz at David City, Nebraska. He attended St. Mary's grade school and in 1968, graduated from Aquinas High School. He attended McCook College and went on to work at Hoppe Mfg as a carpenter. On November 25, 1972, he married Debbie Moeller at St. Mary's Church in Lincoln. One daughter was born to this union. At age 27, he suffered a cerebral aneurysm which left him paralyzed and unable to work. He eventually went to live in Minnesota in a long term care facility that offered a vocational rehabilitation program and where he resided until his death in 2020. Michael is survived by his daughter, Katie (Charlie) Johnson of Lincoln, two grandchildren, twin brother, Patrick (Beth) Schlentz of Omaha, sister, Nancy Erisman of Lincoln, the mother of their child, Debbie Schlentz of Lincoln, and several nieces, nephews, and cousins. He was preceded in death by his parents, one brother, John and three sisters, Jean Schlentz, Susan Bongers and Lea Korinek

Michael P. Schlentz, 70, of Plymouth, MN passed away at Mission Nursing Home in Plymouth, MN. Mike&#8217;s wishes were to be cremated. The Family asked that all memorial tributes be directed In Care of the Family. A Memorial Funeral... View Obituary & Service Information

The family of Michael P Schlentz created this Life Tributes page to make it easy to share your memories.

Michael P. Schlentz, 70, of Plymouth, MN passed away at Mission...

Send flowers to the Schlentz family.