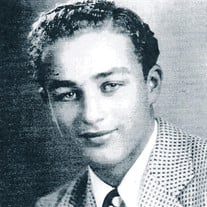 Merle Dean Kilgore, 87, of Oakland, NE died Thursday, May 10, 2018 in Omaha. Memorials: In Care of the Family. NO VIEWING OR VISITATION. Merle Kilgore was born May 31, 1930 to William and Hazel (Raitt) Kilgore in David City, NE. He spent all of his childhood years there as an ornery brother to 3 siblings: Dolores, Kate, and Denny. After graduation from high school in 1947, he joined the army and went to Korea during the war there. He met his wife, Doris Kroft on a double date. She left her purse in the car, so he would have to bring it back to her and meet again. They married Nov. 2, 1952. They had 2 daughters, Debbie (Carl Fritsch) of Minneapolis and Sheri (Gary Duff) of Omaha. After his time in the military, Merle worked for the Nebraska Power Company, traveling around the state, putting up power lines until he settled in Crawford, NE and lived there for 9 years. During that time he was adventurous and started a real stagecoach in Fort Robinson with his partner, Vernon Rockey. He often took his family hiking in the Pine Ridge Hills. In 1968, he moved his family to Oakland, NE to be the superintendent for NPPD. He was instrumental in the Four Trees and other low-rent housing developments. At times, during his life, he was a volunteer for the fire department. Merle was one of the key people involved in both the planning and construction of the New Life Assembly of God Church building. The Church owes the existence of its current building in large part to Merle’s experience, expertise and volunteered time of planning, design and construction. Merle was always attentive to the needs of the New Life Church building. He was quick to notice any needed upkeep projects and was often first to start on them. Because he saved well in a good time of growth, he was able to retire at the age of 60 and went on the road to volunteer for the MAPS program for 22 years. MAPS (Mission America Placement Service) is a branch of the Assembly of God church that organizes volunteers to build churches and buildings for their Teen Challenge ministry. He did this until he had a stroke in 2012, which dampened his physical abilities, but not his spirit. He passed away after a short illness. He is survived by his wife Doris, daughters Debbie and Sheri, 9 grandchildren, and 5 great grandchildren.

Merle Dean Kilgore, 87, of Oakland, NE died Thursday, May 10, 2018 in Omaha. Memorials: In Care of the Family. NO VIEWING OR VISITATION. Merle Kilgore was born May 31, 1930 to William and Hazel (Raitt) Kilgore in David City, NE. He spent... View Obituary & Service Information

The family of Merle D. Kilgore created this Life Tributes page to make it easy to share your memories.

Send flowers to the Kilgore family.