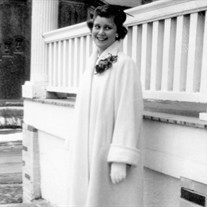 Mary Louise (Hladky) Codr, age 85, 8 months, 21 days, of David City, formerly of Bee & Seward, died Wednesday June 30, 2021 after a courageous battle with cancer at St. Joseph’s Court surrounded by her family. Mary Lou was born October 9, 1935 on a farm near Gresham Ne to Emanuel and Josephine (Vrbka) Hladky. She attended a country school until her parents moved by Utica, Nebraska. Graduating from Utica High School in 1953, her junior year, she was boarded at St. Joseph’s Catholic School in York. Mary Lou went to Airline Personnel Training, Division of Electronic, Radio, and Television Institute in Omaha, NE. Mary Lou met the love of her life at a dance in Bee, Nebraska at the Bee States Ballroom. Don and Mary Lou continued to correspond through many letters while he was in the Navy. Mary Lou was offered a job in Kansas City for TWA and later transferred to San Francisco, where Don was stationed in the Navy. Don and his Navy buddies would take Mary Lou and her friends out. On January 21, 1956 she married Donald Codr at St. Patrick’s Catholic Church in Utica. They lived in Kansas City (where Cindy was born) for a couple of years before returning home to farm. They were blessed with a total of 8 children. Mary Lou was a farm wife and Mom. She raised a lot of poultry and grew a large garden. She baked and canned. Mary Lou was a wonderful cook and homemaker. When her family was raised, she worked at the Bee Post Office as a PMR for 15 years. She enjoyed filling in at the post offices in the surrounding area. She did her civic duty by working on the election board, faithfully working long hours each election day. Mary Lou’s love for music started as a child when she took piano lessons from a neighbor lady in Gresham and while in boarding school, a sister taught her to play the organ. Mary Lou played the organ in the York, Utica and Bee Catholic Churches. She was an organist in Bee for over 40 years. She played for countless funerals, weddings and Sunday Masses. Her children, grandchildren and great grandchildren enjoyed having Mary Lou play Christmas carols on the piano on Christmas Eve. Mary Lou attended daily mass and enjoyed her coffee group of lady friends. She especially enjoyed spending time with her family and looked forward to all the family events. She always had a pie ready in the freezer for company. Mary Lou is survived by her children Cindy(Vic) Benes of Lincoln, Deborah(Gary) Vandenberg of Brainard, Ken(Sharon) Codr of Garland, Karen Smaus of David City, Becky ( Dan) Kresha of David City, Bob (Becky) Codr of Lincoln, Alan Codr (special friend Deb Ossian) of Seward, Lisa(Mike)Karel of Valparaiso, 30 grandchildren, 47 Great Grandchildren (3 on the way) 3 brothers, Ray(Virginia) of K.C. Mo, Ben Hladky of Los Cruces, New Mexico, John(Rosie) Hladky of Stuart, NE sister, Jan Perkins of Broomfield, Colorado, Sisters-in-law: Joan Hladky of Utica, NÉ, Bette Tomes of Seward, NE, Mary Jo(Gary ) Karnopp of McCool Junction, NE, Carolee (Mike) Korgan of Portland, Oregon, and Jeannie (Bob) Haskins of Idaho Falls, Idaho, God Children, Daniel Hladky of Long Pine, NE, David Hladky of Kansas City, Mo and Kathy (Karnopp) Jorgensen of Wichita, Kansas. She was preceded in death by her parents, husband Don(who was her best friend) in 2008. Sons-in-law: David Dobesh and Thomas Smaus, Sister: Irene Chermok, Brother: Eugene Hladky, brothers-in-law: Jim Perkins, Jim Chermok and Bill Tomes. Memorials: St. Wenceslaus Church, Bee, Nebraska

The family of Mary Lou Codr created this Life Tributes page to make it easy to share your memories.

Send flowers to the Codr family.