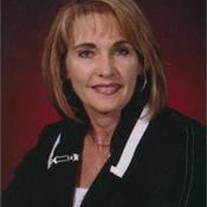 Lori Roh, 54, of Abie passed away on September 20, 2012 at the Nebraska Medical Center in Omaha. Mass of Christian burial will be Monday, September 24, 2012 at 10 AM at Sts. Peter and Paul Catholic Church in Abie with Monsignor Robert Roh as the celebrant. Interment will follow at Sts. Peter and Paul Catholic Cemetery. Viewing will be Sunday from 4 until 7 PM at the church with a 7 PM Rosary. Viewing will resume one hour before mass on Monday. IN LIEU OF FLOWERS: Memorials have been suggested to Aquinas Endowment, Sts. Peter and Paul Building Fund, or to the American Cancer Society. Lori Sue Shane-Roh was born on August 18, 1958 to Charles and Holly (Smith) Shane. She graduated from West Holt High School in Atkinson in 1976. Then she went on to receive her Masters degree in Business Education from the University of Nebraska Lincoln. Lori was united in marriage to Jerry Roh on June, 21, 1980 in Atkinson, Nebraska. They were blessed with 3 sons. They lived near Abie, where they were members of Sts. Peter and Paul Catholic Church. Lori was a member of the Sts. Peter and Paul altar Society, and Gamma Phi Beta. She was also an Officer of the Diocesan Council of Catholic Women. She was a middle school teacher for many years, while owning 9 Nebraska Sylvan Learning Center Locations. Teaching was Lori's love and is what she lived her life for. Even though she came from an Irish background, Lori was great at making Czech foods. She also enjoyed cooking, baking, tending to her flowers and landscaping, riding horses, and especially spending time with her 2 grandchildren and family. Lori is survived by her parents, Charles and Holly Shane, her husband, Jerry: Three sons, Greg(Marissa) Roh of Lincoln, Mark(Erin Vonduzer) Roh of Abie, and Kyle Roh of Abie: Brothers, Kirk(Barb) Shane of Atkinson, Scott Shane of Atkinson, and Todd(Amy) Shane of O'Neill: Sisters, Colette(Russ) Uttecht of O'Neill, Carol(Gary) Kaup of Grapevine, Texas, Jenny(Mike) Stracke of Stuart, Nebraska, and Amy(Chad) Rieck of Creston, Iowa: Two grandchildren, Jayci & Kinsley Roh, and several nieces and nephews. Preceded in death by her grandparents.

Lori Roh, 54, of Abie passed away on September 20, 2012 at the Nebraska Medical Center in Omaha. Mass of Christian burial will be Monday, September 24, 2012 at 10 AM at Sts. Peter and Paul Catholic Church in Abie with Monsignor Robert... View Obituary & Service Information

The family of Lori Roh created this Life Tributes page to make it easy to share your memories.

Send flowers to the Roh family.