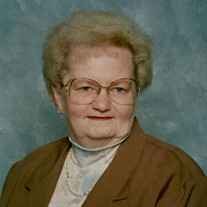 J. Marie Rountree, 82, of David City passed away peacefully at her home, after several years of battling Alzheimers, on Tuesday, December 15, 2020. Memorials to Family Choice Following the state COVID-19 guidelines and due to increasing COVID positive numbers, we will comply with social distancing seating and limited room capacity at the Funeral Service. Masks WILL BE required for entry into the church. Marie was born October 3, 1938 in Hastings, Iowa to Wayne and Mildred (Gale) Crawford. She attended Hastings Public School in Hastings, Iowa. She married James Robert Rountree on December 10, 1955 in Hastings, Iowa where they lived for many years before moving to David City, NE in 1973. To this union, 5 children were born Gary, Toni, Bill, Steve, and Tammy. She was employed with Henningsen Foods Inc. in 1970 and worked for over 35 years both in Iowa and David City divisions. She was heavily involved with the Nebraska Poultry Industry as her husband’s personal assistant. Marie was very involved in the Butler Country Fair and Fair Board. Marie was the “Go To” person at the Fair Office. She along with her husband Jim, were 4-H leaders in Iowa and Nebraska for over 30 years. Marie was also honored by the Nebraska State Fair serving as a grand marshal for the State Fair Parade in the early 2000s for her service to the Butler County Fair. She served held offices and had an active membership in the Saddle and Surrey Club in David City. Marie also was involved in the board of education at West Olive School assisting her husband with financial duties. Marie and Jim were members of St. Luke’s Methodist Church. In her spare time, she enjoyed sewing, crocheting, needle point, baking, and raising horses on the farm along with her husband outside of David City. Her greatest joys were her grandchildren and great- grandchildren watching them at their school activities and extra-curriculars. Her favorite time of the year was Christmas because family meant the world to her and she always made sure it was a special time every year. She instilled this and many traditions in her children and grandchildren. She was preceded in death by her parents, two brothers, Roger and Dexter Crawford, her husband Jim Rountree, sons Steve and Gary Rountree. She is survived by daughter in-law Ruth Rountree of David City, daughter Toni (Larry) Krepel of Columbus, son Bill Rountree of David City, Daughter Tammy (John) Fehrer of West Point, grandchildren Chip Rountree, Josh Rountree, Ashton Rountree, Michelle (Shaun) McComb, Crystal (Chris) Allred, Liz (Brandon) Kowalski, Curtis Fehrer, Jeff (Shelby) Fehrer, Kaitlyn Fehrer, Samantha Fehrer, and seven great-grandchildren.

J. Marie Rountree, 82, of David City passed away peacefully at her home, after several years of battling Alzheimers, on Tuesday, December 15, 2020. Memorials to Family Choice Following the state COVID-19 guidelines and due to increasing COVID... View Obituary & Service Information

The family of Joyce Marie Rountree created this Life Tributes page to make it easy to share your memories.

J. Marie Rountree, 82, of David City passed away peacefully at...

Send flowers to the Rountree family.