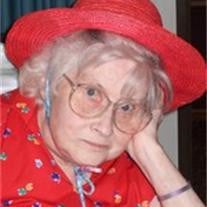 Joanna M. Ross, 80, formerly of David City died of congestive heart failure on March 31, 2009 at Ambassador, Lincoln in Lincoln, NE. She had lived in Lincoln for 24 years. In 1972 she moved to David City with her husband Richard (Dick) Ross, her daughter Rebecca and her mother Anna Harmon. Joanna was born in Kansas City, MO. August 11, 1928 to Jesse Harmon and Anna (Weixeldorfer). She received a diploma from Central High School in 1946, an Associate in Commerce degree from Kansas City Junior College in 1948 and continued her education at Rockhurst College. Joanna worked for a short time at Firestone and then for 5 years at Boling Office Supply in Kansas City as a bookkeeper. In 1953 she went to work for Kansas City Power and Light Company where she worked in internal audit and was later a supervisor. While there she met and married Dick Ross a native of David City, NE. They married in Glendale, CA on Oct. 10, 1959. In 1961 her daughter Rebecca was born and she became a full-time mother and housewife. In 1973 Joanna became interested in genealogy while sorting through belongings in the Ross family home after the death of Ella Ross. In the 1970s she was a very active member of the Butler County Historical Society and also spent much time doing research at the Nebraska State Historical Society in Lincoln. When she moved to Lincoln in 1985 she became a volunteer there; in 1989 Joanna was named Outstanding Volunteer of the Year for her work on the Nebraska State Newspaper Project. This included indexing the David City Tribune and training other volunteers to index Nebraska papers. Joanna was a member of the Lincoln-Lancaster County Genealogical Society, Czechoslovak Genealogical Society International and the German-Bohemian Heritage Society. Her hobbies included photography, antique collecting and raising African violets. She was preceded in death by her stepfather John Keiper in 1966, her mother Anna Harmon in 1975, and her husband Richard Ross in 2006. Her daughter Rebecca Ross of Birdsboro, PA, survives her. There will be a memorial service of Joanna at Windcrest Assisted Living in Lincoln, NE at 7208 Van Dorn St. in Lincoln at 10 a.m. on Saturday, September 19, 2009. A combined graveside service for both Joanna and Dick Ross will be held at the David City Cemetery------ at 2:30 p.m. on September 19. Memorial donations in memory of Joanna can be sent to the Nebraska State Historical Society at PO Box 82554, Lincoln, NE 68501. It is important to state that the donations are for the library/archives in memory of Joanna Ross.

Joanna M. Ross, 80, formerly of David City died of congestive heart failure on March 31, 2009 at Ambassador, Lincoln in Lincoln, NE. She had lived in Lincoln for 24 years. In 1972 she moved to David City with her husband Richard (Dick) Ross,... View Obituary & Service Information

The family of Joanna Ross created this Life Tributes page to make it easy to share your memories.

Send flowers to the Ross family.