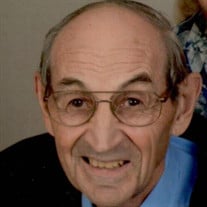 Gary F. Kilgore, 82, of Omaha, passed away on March 20, 2020 at Whispering Ridge Care Center in Omaha. A private family burial of ashes will be held on Saturday, October 17, 2020 at Circle Mound Cemetery near Rising City, Nebraska. Gary Fay Kilgore, Born August 22, 1937 at home, west of David City, Nebraska on a hot 100-degree day. Passed away on March 20, 2020, in Omaha on a cold blizzardy night. Gary was the son of Fay and Vay (Armagost) Kilgore. Gary attended grade school at District 88. He was baptized and confirmed at First Lutheran Church of Rising City, Nebraska. Gary was a person with many interests. In high school, he was active in football, basketball, track and Future Farmers of America. He graduated from Rising City High School in 1955. Worked in Omaha a few years during the winter months but returned to the farm in the spring. Gary married Carol Fields of Omaha on May 27, 1959 at the First Lutheran Church in Rising City. They lived near the Kilgore family farm. In the early 90’s, they sold the farm and moved to Columbus. Gary liked to work outside, either while farming or when he did his woodworking. He supplemented his farm income by working in the cattle packing industry. Gary learned the welding skill to repair farm equipment and worked for several companies in Columbus. Son, Duane, and Gary were active in the CB Radio Club. Duane worked at Union Pacific until close to retirement. Duane died of cancer in North Platte, Nebraska in 2015. Gary liked listening to music on the radio, especially music of the 1940’s and 1950’s. A lifetime love for model trains ended with a big train display in Gary’s basement. He also loved food and his favorites were: Coke, steak, Burger King chicken sandwich, cake, ice cream, especially Klondike and Snickers Ice Cream Bars! He like the James Bond movies. The fall hunting season was a good time to gather friends and family with their dogs. They would usually find pheasants in the area. He liked to travel. The last two trips were to the eastern states to view the Fall foliage and popular tourist sites. Also, a great trip to Virginia to ride on 4 different train routes, which were developed during the early mining of coal and timber products. He heard the train whistles as they signaled to the other area trains, like his model trains. Gary’s expertise of woodworking was known around eastern Nebraska. He was a craft vendor at the Seward July 4th show for 35 years as well as many other area shows. He also participated in craft shows in the Rio Grand Valley of Texas for the last 10 years. Gary enjoyed roller skating and dancing, often drawing the attention of fellow skaters or dancers as he executed his graceful moves. Carol and Gary met with friends in Omaha to dance at Peony Park. Gary and Floy loved dancing to the bands in the Rio Grande Valley of Texas. He as immensely proud of his children. It was a priority for him to attend their activities, especially their sporting events. He held a great respect for his parents, especially his mother, Vay, who raised six boys. Gary was the fourth boy and the big helper for his mom when the twins, Wallis and Willis were born. Gary and Carol divorced in November of 2007. Gary married Floy Stryker Slavik on February 14, 2009. They lived in Omaha in the summer months and Pharr, Texas during the winter. The last two years of his life, he lived in a memory care facility. Gary is survived by his daughters: Denise Lynne (Bob)Wendel of Parker, CO, Vicki Kilgore (Peter Wehry) of Shelby, NE, Grandchild: Cassandra (Gavin) Coffin of Osceola, NE, Great-grandchildren: Evelyn, Jesse and Wade. Grandchild: Mikala Woodard of Omaha, NE, Grandchildren: Adam and Teddy Falkingham (Duane’s ) Great-grandchildren: Dylan, Ryker, and Augustus of Boseman, Montana. Former wife: Carol Kilgore, Brothers: Wallis (Luanne Davis) of Rising City, Willis of Lincoln, NE, Wife: Floy Slavik Kilgore of Omaha and Floy’s family: Joe, Jim and Julie Slavik, spouses and their children. Gary was preceded in death by his parents, Fay and Vay Kilgore, Son: Duane, 3 brothers: Gene, Virgil, and Dean.

The family of Gary F Kilgore created this Life Tributes page to make it easy to share your memories.

Send flowers to the Kilgore family.