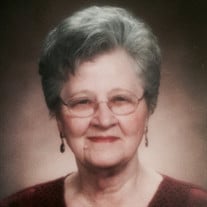 Estella Mae Miratsky, 92, of David City, formerly of Bruno, died Wednesday, September 17, 2014 at the Butler County Health Care Center in David City. Estella was born November 14, 1921, in St. Louis, Missouri and was adopted by James and Mary (Kobza) Wittera of Bruno, Nebraska. She grew up on a farm and attended school in Bruno, Holy Trinity Catholic School, and graduated from Brainard High School. On June 18, 1941, Estella and James G. Miratsky were united in marriage at St. Anthony's Catholic Church in Bruno. She worked at the ordinance plant in Mead, NE, Ray's Café in Brainard, David Place and the St. Joseph's Villa in David City, and she was a bus driver for Aquinas High School. Estella also worked beside her husband, farming and raising chicken, geese, and ducks. Prior to moving to David City, Estella was the organist at St. Anthony's for many years. She continued playing for church services in David City and for the Knights of Columbus Choir. Estella was a member of the Altar Society and Catholic Daughters. Occasionally there was time for Bingo, playing cards and going to a casino. Estella is survived by her 8 children: Janet (Dan) Engel of Bruno, Judy Roubal of Lincoln, Joan (Ernie) Osmera, of Weston, Jim Miratsky, of Bruno, John Miratsky, of Schuyler, Jeanne Bohuslavsky, of Omaha, Joseph (Leslee) Miratsky, of Phoenix, AZ, and Jerome Miratsky, of Lake Havasu, AZ; 4 sister-in-laws; 26 grandchildren; 43 great-grandchildren; and 8 great-great-grandchildren. She is preceded in death by her parents; her husband James G. Miratsky in 1972; infant son: Jimmy Anthony; granddaughters: JoAnna and Jessica Miratsky; and daughter-in-law: Pamela Miratsky. Memorials have been suggested to Aquinas Guardian Angel Fund or to Family Choice.

The family of Estella Mae Miratsky created this Life Tributes page to make it easy to share your memories.

Send flowers to the Miratsky family.