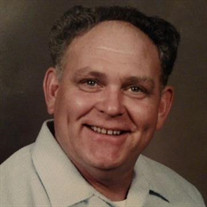 Donald R. Styskal, 76, of David City died Friday, November 3, 2017 at the Butler County Health Care Center in David City. IN LIEU OF FLOWERS: Memorials to the David City VFD, Senior Center or Family Wishes Don's wishes were to be cremated and the family will hold a private ceremony at a later date. Don was born on June 18, 1941 to Richard and Mildred(Humlicek) Styskal at David City, Nebraska. He attended David City Schools graduating from David City High School in 1960. He married Sharon Murphy on September 29, 1961 in San Antonio, Texas. Three children were born to this union. Don worked for Timpte Industries for many years and was one of the first employees in the welding department. After retiring from Timpte, Don transported special needs children for David City Public Schools. He also worked for Davis Chevrolet and various auto body repair shops along with the City of David City. One of his greatest enjoyments in life was dirt track car racing. He was involved in all aspects of racing, from driving his own car to flagging and officiating. His favorite pastime was telling racing stories to anyone who would listen. Don also enjoyed being out in his garage, working on his cars, woodworking, or just tinkering. He loved spending time with his grandchildren and great-grandchildren. Don is survived by his wife, Sharon, Son: Scott (Sarah) Styskal of David City, Daughter: Connie Styskal of Lincoln, Brother: Rick Styskal of Columbus and Sisters: Dianne Bock and Joyce Walton both of Lincoln. 6 Grandchildren: Lindsey (Chris) Palensky, Ashley (Peter) La Casse, Clayton, Aspen, Peyton and Hadley Styskal, and 7 Great-grandchildren: Brooklyn Braylon, Savanah, Gavin, Garret, Kayne and AnnMarie. He will be missed by his two dogs, Harley and Checkers. He was preceded in death by his parents, an infant son, Joseph, and two brothers: Robert and Edward Styskal.

The family of Donald R. Styskal created this Life Tributes page to make it easy to share your memories.

Send flowers to the Styskal family.