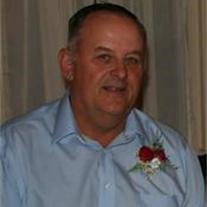 Donald Moravec Sr., age 66 of David City, passed away on Wednesday August 24, 2011 at the Butler County Health Care Center in David City after a brave fight with cancer. Mass of Christian Burial will be on Saturday August 27, 2011 at 10:00 AM at Immaculate Conception Catholic Church in Ulysses with Fr. Raymond Jansen as celebrant. Interment will follow at Ulysses Catholic Cemetery. Visitation will be on Friday from 3-7 PM with a 7 PM Rosary all at the church. Memorials have been suggested to the American Cancer Society, the Ulysses Fire Department, The Franciscan Sisters or the Butler County Health Care Center. Don was born on December 27, 1944 to Ernest and Alice (Behne) Moravec in David City. After graduating from David City Public High School in 1963, he served in the Army National Guard. Following his military service, Don began what would eventually be a successful 45 plus year farming career. Don was united in marriage to Donna Kratochvil on September 3, 1966 at Ulysses. They were blessed with 3 children. Don was the recipiant of the Outstanding Young Farmer Award; he had a real passion for the land and livestock. He enjoyed fishing and was an avid bowhunter. He was a member of the American Red Bone Association. He had a special love for animals especially his family pets. He was an avid fan of high school and college wrestling, he also liked to collect stamps and guns. He was known as a man who could fix anything. Don most especially enjoyed spending time with his children and grandchildren. Don is survived by his wife Donna; children Jeanette (Joe) Work, Mike (Laura)Moravec and Donald Jr. (Amy) Moravec; 14 grandchidren; his parents Ernest and Alice Moravec; a sister Donna Lou (Dennis) Steager; brothers in law Eugene (Elaine)Kratochvil, Vernon (RaNay) Kratochvil, Larry (Sue) Kratochvil, Donald Kratochvil and Gary (Lori) Kratochvil as well as sisters in law Marcie (Ray) Buller, LaVerne Kadavy, Marge (Ron) Miller, Pat Kirkpatrick and Carol Kratochvil. He was preceded in death by his grandparents and brothers in law Merv Kirkpatrick, LeRoy Kratochvil, Eugene Kadavy and Leland Wullenwabber.

Donald Moravec Sr., age 66 of David City, passed away on Wednesday August 24, 2011 at the Butler County Health Care Center in David City after a brave fight with cancer. Mass of Christian Burial will be on Saturday August 27, 2011 at 10:00... View Obituary & Service Information

The family of Donald Moravec created this Life Tributes page to make it easy to share your memories.