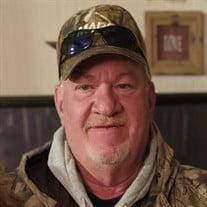 David L. Egger Sr, 69., of David City died Friday, February 4, 2022 at the Butler County Health Care Center in David City. IN LIEU OF FLOWERS, PLANTS and STATUES: Memorials be given In Care of the Family. David Egger was born on May 24, 1952 at Columbus, Nebraska to Walter and Lorraine (Ewert) Egger. He attended local schools, graduating from Columbus Scotus High School in 1970. In his younger days, he was very involved in farming in the Platte County area. He moved to Butler County in 1981, where he worked at both Timpte and Henningson Foods a few years. He then started his own construction/carpentry company, EZ Construction. He later went to work as a facility maintenance engineer at the Family Resource Center, where he remained for over 15 years. He also was a bus driver and maintenance worker for East Butler Schools for several years and later drove a bus for Aquinas High School. He was currenting driving a bus for David City Public Schools until his death. He loved music and self-taught himself to play the piano, organ and accordion and eventually formed his own Country/Rock band in 1980 called Carolina. He later formed a new band, High Caliber, in 1990. After he semi-retired, Dave continued to fill in when needed. He played in various bands for over two decades. His bands played all over the Midwest and were a big part of his life. Dave was a #1 grandpa and loved spending time with family. He enjoyed his casino trips, especially playing his Triple 777 machines. Sevens were his favorite number, so much, that he married Sue Schwartz on 7-7-07 in Las Vegas. He was an excellent country dancer and enjoyed listening to polka music, playing his accordion, traveling, especially to Mexico, the Colorado Mountains, Yellowstone, Niagara Falls and he even visited Germany. He always made sure to attend his kids and grandkids events when he was able. He is survived by his wife, Sue of David City, children: Mark(Amy) of Boone, Iowa, Jamie(Robyn) of Aurora, Mike(Michele)of Lincoln, Elizabeth Egger of Columbus, David Egger Jr of Hastings, Jami(Karl)Heiman of David City, Jenny(James) Schultz of Bellwood, Jacy(Danny)Divis of David City and Jacob Schwartz of David City. One brother, Gary(Teresa)Egger of Burwell. 20 Grandchildren and 3 Great-grandchildren. He was preceded in death by his parents, infant daughter, Ann Elizabeth (the twin sister of Elizabeth), sister and brother-in-law, Judy and Harvey Ditter and nephew, Dillon Egger.

David L. Egger Sr, 69., of David City died Friday, February 4, 2022 at the Butler County Health Care Center in David City. IN LIEU OF FLOWERS, PLANTS and STATUES: Memorials be given In Care of the Family. David Egger was born on May 24,... View Obituary & Service Information

The family of David L Egger Sr created this Life Tributes page to make it easy to share your memories.

Send flowers to the Egger family.