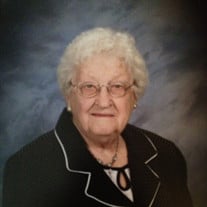 The family of Celestine "Sally" E. Vanis created this Life Tributes page to make it easy to share your memories.

Celestine &quot;Sally&quot; Vanis, 93, of David City, passed away on July...

Send flowers to the Vanis family.